Proideators is an initiative by a team of experienced professionals from IIT , IIM and Industry experts . The idea behind Proideators is to bridge the gap between our existing education framework and the evolving business landscape. It will be our effort to identify such gaps and offer best possible training modules so as to benefit the individual and the industry at large. With the growth and penetration of internet and mobile we believe the basic framework for businesses in future would be based on the convergence of internet and mobile platforms hence we have launched our courses in Internet and mobile space. Our training module present in UAE - United Arab Emirates


Learn from Experts. Work on Live Projects. Get Job in 2 Months

Confused! Why not let us help?

Speak to us for Batches, Fees & Curriculum

First institute in country to provide learning management system. So that you can access content on the move

We bring to you the professionals in the business of digital marketing when it comes to training delivery.

We do not fit squares into the circles. Choose a delivery program based on your job role or industry type.

Curriculum updated every quarter to append the latest happenings in the industry of online marketing.

Advice for smarter marketing from experts and professionals to solve your conceptual problems.

Proideators support you to get all the certification from Google, Facebook , Hubspot and upto 9 domains.

Speak to us for Demo Scheduling, Batches, Fees & Curriculum

How Can Proideators Training Help You to Grow?

Creating a winning career for every profile

Get Your First Job

3500+ Freshers Got their 1st Job, With Proideators Certifications in Last 4 Years 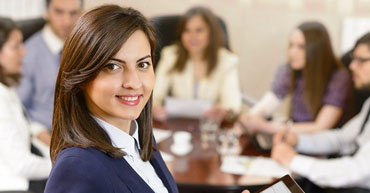 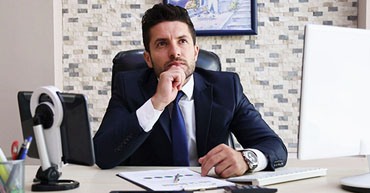 Business Owners received Up to 4X More Leads & savings in their  Advertising Campaigns.

What is Ethical Hacking? Is it a Right Career Choice in 2020?

In the era of the internet, vulnerability is everyone, and in order to fight with the same, ethical hackers arise to save the day. Now, with such a dramatic intro, the bigger question arises, if you have an interest in ethical hacking, is it the right career choice in 2020? While we shall get the answer further down the line, but certainly, an ethical hacker earns a decent amount in 2020. According to a recent survey, the average annual income of an ethical hacker is $80,074, while their initial income ranges from $50,000 - $100,000.

What Exactly is Ethical Hacking?

In a more lucid way, ethical hacking can be defined as the practice of breaking into systems with due permission of the concerned authorities in order to identify the vulnerabilities and prospective data violations. Ethical hacking is always considered as a legal activity as compared to that of their other hacking counterpart.

Being an ethical hacker, one must always look into the system and find the weak points which black hat hackers might use for their advantage. It is the job of the ethical hacker to create that strong network security so that important data from the company shall never be leaked. This, in turn, helps the company to improve its security footprint and work on a better defence system against attackers. Further including, white hat hackers are often termed as white hat hackers.

Skills Required for an Ethical Hacker

Now, if you want to pursue a career in ethical hacking, here are some of the skillsets you must require:

A person should have a good stronghold on some of the major high-level programming languages like Python or Java in order to become an ethical hacker and being able to write scripts for themselves.

As we were mentioning earlier, knowing how to manipulate scripts is very important while becoming an ethical hacker. With a better understanding of the script, you can always defend the system from host-based or network attacks.

Do you know that the majority of the attacks are done on Database either to exploit or steal the data? In such instances, it is very important to have proper knowledge of SQL and how to use them efficiently.

Networking is yet another place where you need to be an expert. If you don’t know your work around networks, it can always affect you in the long run.

Before wrapping up, it is very important to understand that ethical hacking is a very lucrative career in 2020. Although there is a lot of crazes out there, the market is not saturated enough. So, if you are able to hone the proper skill set, you can always get a job in ethical hacking. That being said, ethical hacking is indeed a right career choice if you are looking forward to a bright future.