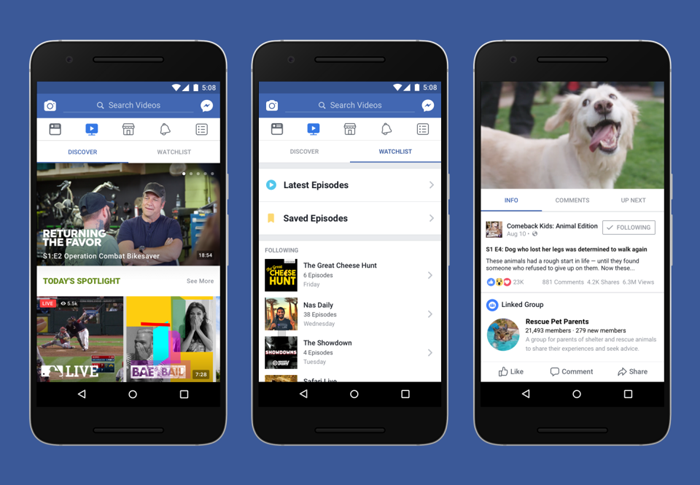 The most popular social media network, Facebook has come up with an amazing way to bring original video content to their platform. This has given birth to Facebook Watch. This platform works very well for both mobile and desktop version of the Facebook app. The main purpose of the Facebook watch is to provide the audience with amazing new shows and videos. You can also create a Watch list as per your choice. This will help you to watch your favorite shows as per your convenience.

Facebook explains the functionality of how Facebook Watch offers personalized suggestions to users; you will be able to see the field like Most Talked About. It will display and highlight all the shows that have sparked conversation in recent time. Similarly, What’s Making People Laugh includes all the shows which made people laugh and people have used hahaha reaction for it. Additionally, you can get connected with your friends who are watching shows under What Friends Are Watching.

Here are some top shows and content creators which are included in Facebook Watch, it additionally is contribution to live and recorded shows

This is an amazing cooking show that can be watched by kids, it includes the recipe video. The instructions are provided by expert’s chef to make dishes and the results are comic.

As per Major League Baseball, it will broadcast one game each week. You can watch and enjoy it on Facebook live.

Major League Baseball ’12:25 Live’ is about a funny take on baseball from their fans point of view.

Rowe looks for people who have done a good thing for their folks and community. A special experience is given as a return gift and token of appreciation. 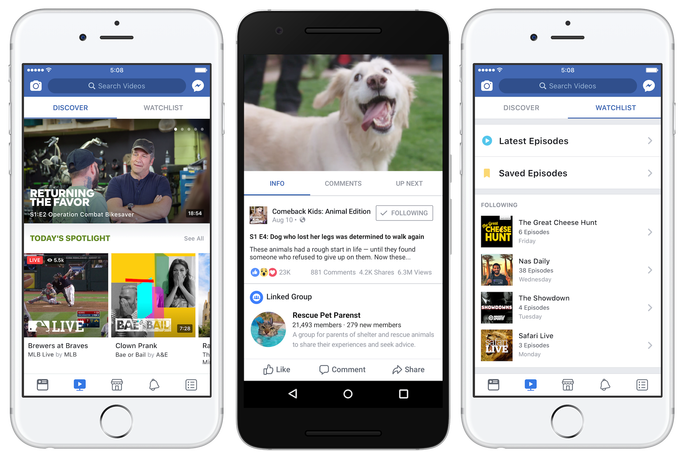 This is done by motivational speaker, they answer fan’s life issues and question in life and also in recorded segments.

It is a reality TV game show in which different couples face their worst fears and there are few who run away.

All Def Digital’s ‘Inside the Office’

It is a sneak peek inside the work and office life at Russel Simmons’ hip-hop media empire.

Billboard’s ‘How it Went Down’

It is a wonderfully done documentary series where musicians share their crazy stories.

It is a trending reality show. It deals with the social media of a star’s life.

It provides the behind-the-scenes look of the NBA championship 2016-2017 season happening in the Bay Area.

Under this, you can enjoy live coverage of Liga MX soccer matches. This is a must for all the die heart soccer fans.

It is a small documentary about weird things of humanity like random songs which you cannot get out of your head.